Japan is well known for its culture of kawaii (cute) collectables and animated characters. Amigurumi is the Japanese art of knitting and crocheting small stuffed animals, dolls and anthropomorphic creatures. Much like many Japanese kawaii trends before it, amigurumi has taken off around the globe.

Brisbane-based artist Joon-Yee Kwok creates experiences in public spaces that challenge how we interact with the city by playing on serendipity. Kowk’s lated work, Amigurumi Toyland is a street art project created for BrisAsia Festival that combines the contemporary craft sensation of yarn bombing with the art of amigurumi. The playful installation gives new life to Burnett Lane, one of Brisbane’s oldest laneways.

Amongst the busyness of the city, peaks of colourful croqueted pieces placed on metal bollards along Albert Street drew my attention to Burnett Lane. As I was welcomed by subtle flutters of colour hanging against the cold, dark tiles of the lane I was intrigued to see more. As I made my way down the laneway, small crafted hedgehogs, mushrooms, puppies, and teddy bears popped up in unexpected places. I began to notice the adorable stuffed creatures told a story of a factory that made amigurumi objects. Each amigurumi creature played an individual role in the making process of the knitted objects found throughout the lane-way, from placing the yarn into tubes that churn out new toys, to taking the finished products to their final destination. The story told through Amigurumi Toyland gave the installation a surprising touch that encouraged me to explore the creatures closer to discover what other secrets they revealed.

Amigurumi Toyland contains many contrasting elements that transform and alter our experience of the otherwise uninviting space of Burnett Lane. Kowk plays on the juxtaposition of the urban environment and Japanese craft brilliantly. The contrast of bright colours against the metal greys and dull browns of Burnett Lane grabbed my attention. The soft texture of the yarn and wool against the rough, abrasive walls made me feel at ease in the in gloomy space. Most interestingly, Kowk seemed to play on the relationship between the amigurumi creatures and existing objects in the laneway. Big-eyed owls floated nearby an old ‘Hooter’s Deliveries’ sign, knitted mice scurried up a pole near waste bins, and hanging hearts were placed near an existing artwork of birds complimenting the idea of freedom and love that the birds represent. These juxtapositions reinvent the space into an engaging cultural experience that can be enjoyed and excite visitors of all ages.

Amigurumi Toyland revealed a secret that brightened up the city of Brisbane. It reminded me to not get caught up in the busyness of the CBD but to stop, breath and take in the little wonders it has to offer.

Here are some photos for those of you who missed out! 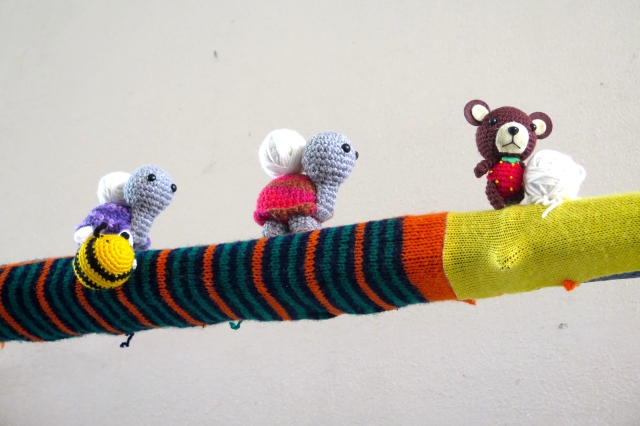 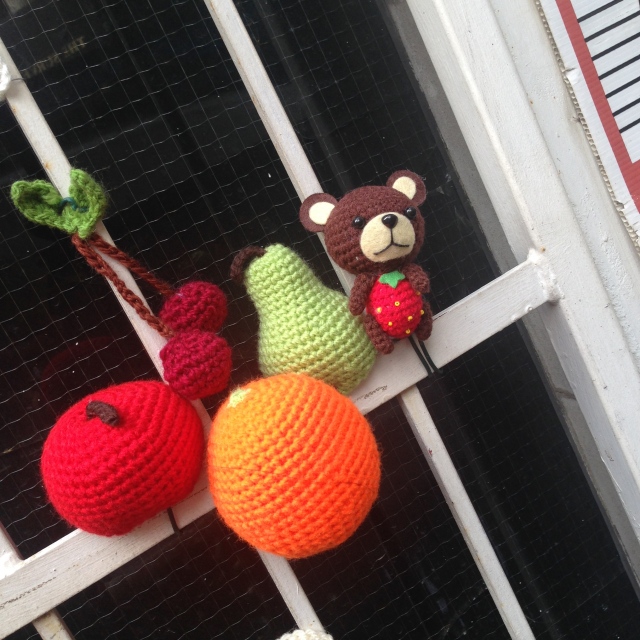 Category: From Our Blog